We are holding Services on Sunday! Come and Join us!

Romans 5:8 says, “But God demonstrates His own love for us in this: While we were still sinners, Christ died for us.”

Christ called me while I was still a sinner. He continued to be present in my life and patiently waited for my commitment.

My family moved to Bigfork in 1969 and I graduated from Bigfork High School in 1972. After graduation I started working as a tree farmer for a large corporation. My goal was to own a tree farm business, which I achieved. Tree farming was my career for 30 years and now it’s a hobby. 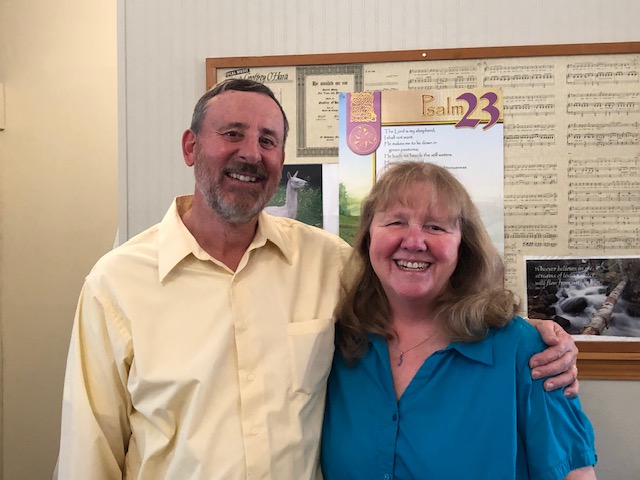 I started attending Bigfork Christian Church in 1976. Two years later I confessed Jesus as my Savior and was baptized but I did not trust in Him fully. I continued to live the life of a sinner, a life shaped by traumatic experiences, experiences that we all share. My mistake was thinking I could do it without Christ.

In 1980 a daughter was born to me out of wedlock. After much consideration and thinking that it was “the right thing to do”, I married her mother. I also adopted by wife’s 2 year old daughter.

The next event that shook my foundation as a Christian was the suicide of my sister in 1983. We were very close growing up, and her death left me feeling a multitude of emotions. I wanted someone to blame for her death. I drew closer to God in this time, but still I refused to go beyond confessing Christ to truly believing Him. I continued to struggle, sitting on the fence, one foot in the world and one foot in the church.

In 1990 my marriage broke up and my life went into a tailspin. Two years later I met the one who would become my second wife, Leona. In 1995 we went through the death of my mother to cancer. Then in the year 2000, I began taking my walk with the Lord more seriously through Bible reading, leading Bible studies, being a deacon and becoming an elder. I came to realize my life was more than confessing or accepting Jesus, that it was about following His example and knowing the love God has for each of us, even me.

In 2009 God called me to serve as minister at Bigfork Christian Church. I began serving as an intern under our pastor who was retiring. My life experiences have been my education. This has led me to an understanding that we all need a Savior. Romans 5:8 is not just my story – it is the story of so many people along the journey of life. If I had to choose one verse in the Bible that captures my faith in God today, it would be Romans 15:13:

May the God of hope fill you with all joy and peace as you trust in Him, so that you may overflow with hope by the power of the Holy Spirit.

Leona and I would like to share this message of hope with all the people we meet through our life and ministry at Bigfork Christian Church.